Long before the invention of the virtual switchboard, the Internet, the CRM or the modern call center software, there were other technologies that made the massive call service market reach its current status.

Some of them are in retreat, while others, invented 60 years ago are still topical. Let’s know them.

Many still remember dial telephones, those in which a wheel had to be rotated to make them operate, however the technology that allows the operation of a virtual switchboard – tone dialing – was introduced in 1963 by Bell. A year later the Western Electric 1500 was the first phone on the market, which allowed to dial by buttons. Of course, they did not include the symbol of the pillow or star.

In Spain known as 900 lines, without which more than one virtual switchboard would be without work, were invented in 1967 by a scientist from the company AT & T as an excellent formula to market the products. The airlines and American florists of the 1980s came to add more than 3 billion free calls annually. Soon this hit became international.

Nowadays, the PBX-type virtual switchboard, the private exchange exchanges -the PBXs “were one of the first computerized evolutions of the conventional switchboard. Essentially they were mini-switches that allowed to route calls to the companies in two ways: manual, which still required an operator for the exchange or automated, which already allowed the switchboard to route the call by itself without having to request the operator the connection with an extension. This latest technology became one of the secret sauces of the first call centers.

Perhaps, the most essential technology in the software and the operation of the modern call center, were used for the first time in the banking machines of 1970 to verify the balances of the clients. Soon they became really popular as a means to route customer service calls. Nowadays, they are able to recognize what a customer says on the phone and act according to their request. If you have ever talked to a speaker who asked you what you wanted to do when calling a customer service center, it was an IVR working in conjunction with the virtual switchboard.

Invented in 1992 to operate with the first mobile phones based on GSM technologies, they had to spend more than two decades compared to the previous technologies listed for their introduction. However, its appearance meant a before and after in mass call and communication systems, allowing very fast transmission of information and facilitating public attention. They also produced a fundamental change in the philosophy of customer service, from being reactive -the company communicated with the client at the request of the same- to predictive -the company requests an action from the customer-. This small big change may have gone unnoticed by many, and you may think it is not very important. The marketing experts and the business figures associated with this change between reaction and prediction say the opposite: it has exponentially increased the turnover of the companies that use this technology. 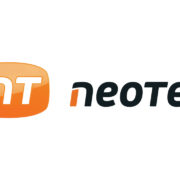 Are you still tied to your telephone company? Get ready to save big with Internet Telephony

Why you should care about cloud software for call center 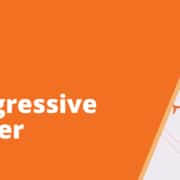 The progressive dialer and its commercial importance 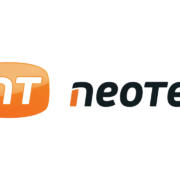 Uses for the Signaling module in a call center

How Neotel’s call center software has evolved in recent years

Multichannel communication – what does it mean?
Scroll to top