The telephone dialer is a tool that enhances communication between companies and their customers. Its mission is to make phone calls more efficient regardless of their purpose or origin. In this sense, those companies that are at the peak of their commercial activity will be able to better serve their clientele thanks to the predictive dialer.

This type of system is one of the best applications of artificial intelligence at work. Although it is complex to operate, it is quite simple to use. Companies with large call centers will be able to improve their productivity more and more.

The dialer and its variants

Dialers are simultaneous call launchers. They can work both to improve telephone work and outgoing calls. An outgoing call is a call that originates in the company and is received by a customer. On the other hand, the incoming call is the one made by the customer to a certain product or service company. 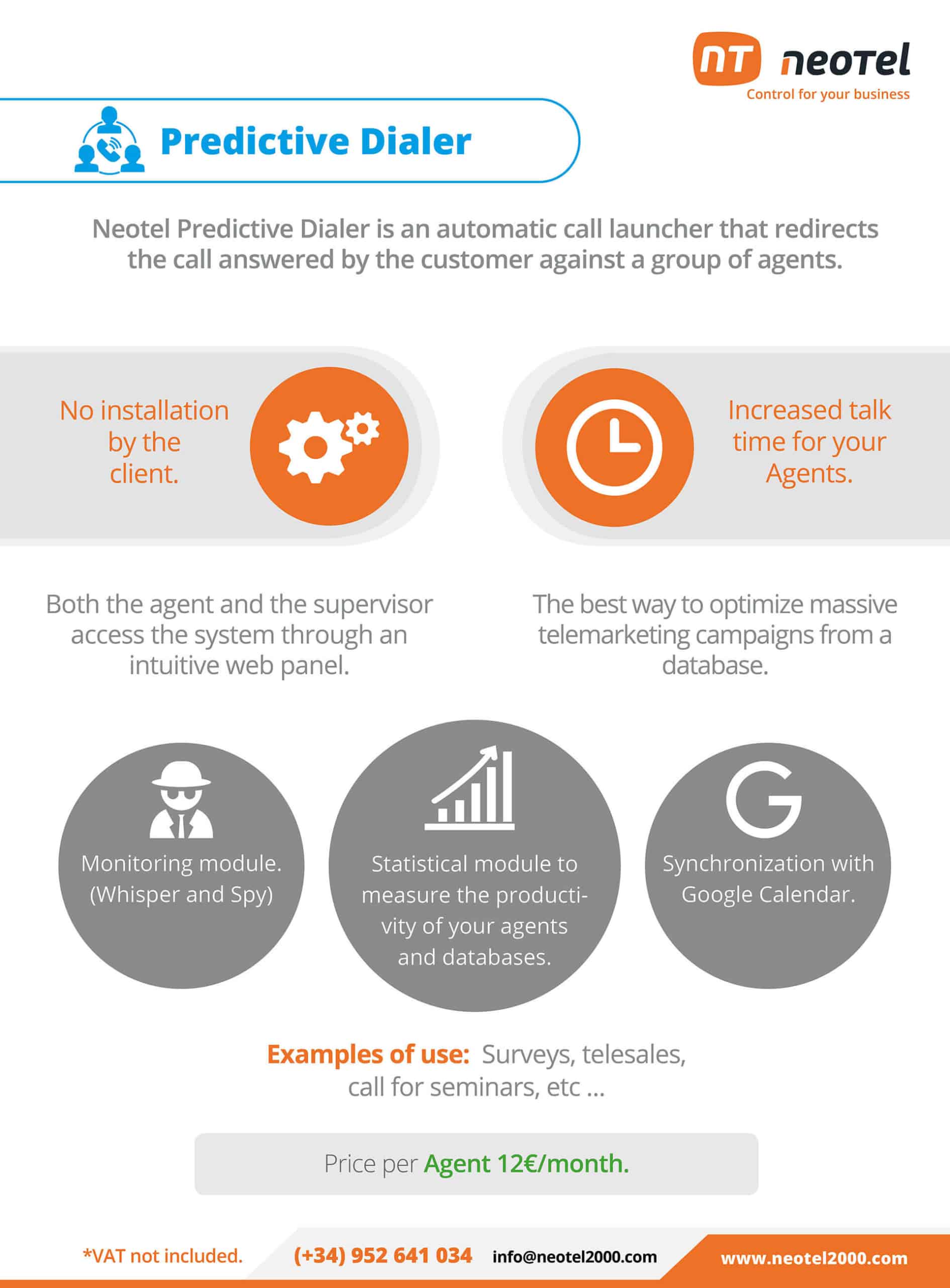 Now, there are many different telephone dialers. Each one differs according to its function, system and objectives to be fulfilled within a company. For example, the progressive dialer is ideal for rooms with few operators and small campaigns with long talk times.

Of course, call center rooms of large companies with many customers need something more. The progressive dialer works by occupying each operator when he or she is free of calls. However, a busy call center would not be able to function that way. It is in these scenarios that the predictive dialer becomes indispensable.

What does the predictive dialer do?

As its name suggests, the predictive dialer is a call launcher that works by making predictions. Therefore, its operation is much more complex than having a free operator take a call. It is a specialized tool for large coverage.

The predictive dialer is probably the most complex of all dialers so far invented. Its effectiveness is due to the type of artificial intelligence it implements. To make its predictions, this phone dialer performs complex calculations of several variables.

This is easier to understand when looking at call center statistics. Usually, the metrics that a call center coordinator sees have multiple statistical data.

Precisely, the predictive dialer takes all these statistics and predicts how the calls should be handled. This is not easy to understand, and in fact, these are calculations that a person could not do with such accuracy all the time.

What does the predictive dialer analyze?

The statistical data that the predictive dialer continuously reviews from a call center are six: Available and active agents, number of calls and average talk, answer and dialing times.

All these data are analyzed and related to each other in order to put the department to work efficiently. This is how the predictive dialer begins its work by assigning effectively attended calls to the available operators and discarding failed contacts that generate wasted time.

To be sure, the predictive dialer goes beyond putting a call center to work properly. In fact, it is always looking for ways to improve talk times and reduce idle time. Over time, the system finds ways to generate higher productivity thanks to its unmatched logarithm.

When a company implements the predictive dialer in its telemarketing campaigns, all work is planned. This system calculates the right pace of work to make more calls, contacts and sales in less time. From here, it will work with the intention of meeting those objectives.

However, this process of calculating and automating calls is not static. In fact, the predictions of this phone dialer are constantly occurring. Over time, the system continues to improve call center performance by understanding how operators should behave.

This predictive capability and constant improvement clearly differentiates it from other callcenter tools, such as the progressive dialer. Of course, in its work it achieves other functions that generate greater effectiveness in the work of making outgoing calls.

Other things the predictive dialer does

The predictive dialer does not only launch outgoing calls when operators are free. This is the most important function of any dialer, but these systems also do other things. To be sure, it is more about ensuring intelligent dialing:

This dialer discards making calls to numbers that usually don’t answer. For example, after trying a couple of times with a disconnected phone or fax tone, the system learns that it won’t get anything by calling that phone number.
It also discards phone numbers of people who have blocked telemarketing calls. This is a good way to avoid wasting time with consumers who will not be interested in either the product or the call.
The system also analyzes the performance of each agent. Its operation not only affects the statistics, but also generates its own. This tool in fact allows to organize the work in call center.

The predictive dialer is an excellent tool for outbound call departments. However, its effectiveness is much higher when someone inside the company analyzes the call center metrics. This is a task that is almost always performed by a room coordinator. In the case of a small business, it may be the owner who performs this task.

The increase in productivity generated by this dialer will always be reflected in the statistics of the virtual PBX for calls. But if these data are well analyzed, strategies can be implemented to further optimize the work in the call center. It is also important to focus on the performance of individual operators.

In addition, it will always be possible to verify data such as, for example, the hours in which most calls are answered. All this will allow you to organize the work of the department to get the best out of it. But beyond speeding up the volume of outbound telemarketing calls, the predictive dialer is an important tool for the telemarketing department.

The predictive dialer launches more calls and ensures that they are handled by the company’s telemarketers. This fact alone allows to improve sales or closed business from telemarketing campaigns: The more calls, the greater the opportunity to sell.

The best thing is that this system makes several calls to potential prospects interested in a product, offer or service. In this way, users are followed up and telemarketing statistics indicate that this is the way to increase the probabilities of selling. In fact, according to statistical studies, after the fifth call to the same customer, the probability of closing the sale begins to increase by 66%.

The predictive dialer launches several calls to numbers and potential customers automatically. As indicated above, it also discards numbers that are unlikely to generate an effective call. In addition, with this system, the calls handled are always handled by an agent, as that is what this tool takes care of.

The predictive dialer is an additional virtual PBX module for calls. In Neotel we have one of the most innovative dialers, updated and with artificial intelligence of the highest level.

Neotel has an updated virtual PBX

Neotel is a technology solutions company with more than 20 years in the communications market. Some of the most powerful companies in Spain and other European countries use our call center software and modules. We also provide our products to SMEs, virtual stores and small businesses.

One of the most useful and interesting modules of our virtual PBX for calls are the telephone dialers. At Neotel we have a high performance progressive dialer and also a predictive dialer. The latter is one of the most requested by customers who have busy call center departments, with extensive telemarketing campaigns.

These technological add-ons allow for improved sales and customer service. Another of our most requested launchers is the call robot, which allows to extend messages voiced by an operator to a large number of customers. This is also a telephone dialer, because it makes mass calls in an automated way.

The Neotel call center software interface is one of the most intuitive in the market, being easy to use by anyone. Similarly, the additional modules such as the predictive dialer are easy to implement, despite having state-of-the-art technology. In conclusion, a great communication solution for the businessman of the present and also of the future.

Predictive Dialer: increase the productivity of your Call Center

Call center software: solutions, alternatives and everything you need for your customer service company

4 reasons why predictive dialing is important for sales

5 telephony tools that every company should know 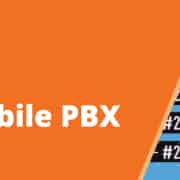 Mobile PBX: the call center on your smartphone

The progressive dialer and its commercial importance